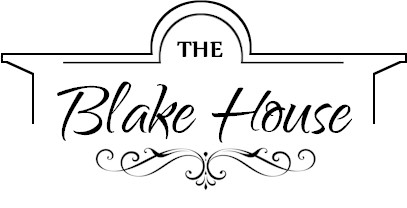 Spacious Guest Suites in the heart of Historic Cape May.

Spacious Guest Suites in the heart of Historic Cape May.

History of The Blake House

The Blake House is named for John William Blake, who purchased the plot of ground  (formerly called William Knotts Land)  in 1863 from James S Kennedy for $550.   John William Blake, (listed as a "master carpenter in census records 1860) built the house shortly upon purchase for his wife Sibil and daughter Tryphena (a dressmaker).  Mr. Blake died in 1895 and his wife and daughter resided in the home for almost 40 years using it as a commercial property for selling her dressmaking items.

While some equate the "False Front" style as western or saloon-like in appearance, this architectural style was considered modern at the time.   It was typically used in Philadelphia urban homes in the mid 1800's, with an arch style Italianate front.  This simple rounded  cornice is a very unique feature to the Cape May historic victorian homes. The house has been added onto many times, the most recent addition was in 1995, which houses Suites 1 & 2, built by previous owners, Gerald and Connie France.  The current owners, William and Lorie Barbera bought the home in 2017 and continue the tradition of providing  comfortable, clean, family friendly accommodations to guests who love Cape May and many who have returned year after year (20 plus years and counting!).

The Blake House is within 2 1/2 blocks to the beach, 1 1/2 blocks to the Washington Street Mall and 1 1/2 block to the Acme grocery store.  Most people park their cars and never need to use it the entire time they are here.  There are also bike rentals nearby as biking is a very common (and fun) way to get around Cape May.

Do you allow pets?

No, at this time The Blake House has a No Pet Policy.

Do you have parking?

Unfortunately, there is no dedicated parking for all our suites.  There is a stacked driveway which allows for short term loading and unloading of your vehicles. Hughes Street, Columbia Street and other nearby streets provide free, non-metered parking so once you park your car, there is no need to move it the entire time you stay.

We accept children, provided their parents are well behaved.  However, please check with us prior to booking to give the ages of your cildren.  It's important to us that all guests are given a quiet, relaxing time while at The Blake House.

Not always and we don't consider ourselves "Innkeepers".    Guests to The Blake House will welcome themselves in to their assigned Suite, with instructions and keys located inside.  There is a separate side entrance to all 4 suites for guests to use.  The owners quarters are located in the front of The Blake House.

Do you serve breakfast?

No, The Blake House is Guest Suites only with full functioning kitchens, living rooms and 1 or 2 bedrooms (not just a room).   We are not a bed and breakfast. In fact, we operate more like a "condo" rental with no daily maid service and weekly renters bring their own linens.  This allows us to keep the cost of renting our suites reasonably priced.